When journeying around Montenegro and visiting museums, houses, shops and national restaurants you would come across an instrument hanging proudly on the central wall. The instrument is called Gusle the name originates from the old Slavic word “gosl” for fiber and the word is associated with the low resonating sound the instrument makes when playing. 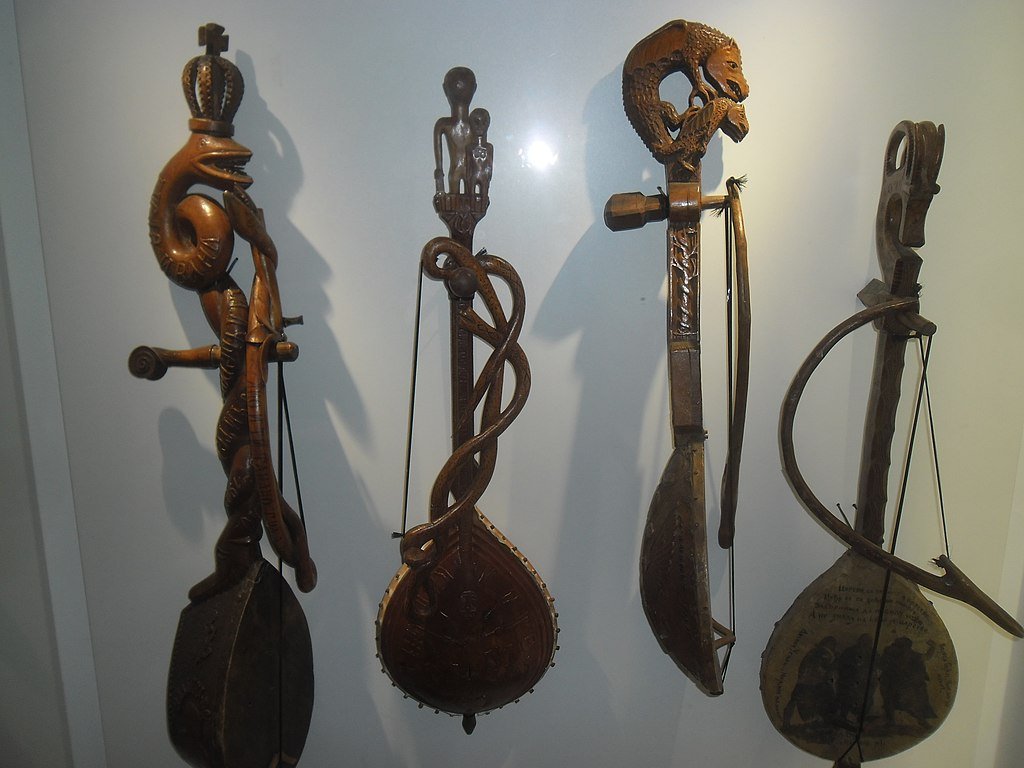 The instrument itself is made out of white-maple wood (Gusle javorov) with a rounded back and a little parchment front, then it has the “neck”; and it has a head with a regulator for the tension of the string which is made of about 30 horse hairs. That what makes the Montnegrin Gusle unique is the decorated head – most often it is a two headed eagle. The makers of Gusle often use also zoomorphic shapes, among which the billygoat with specially made horns is dominant, then, they also make a horse, a deer and some other symbolic representations of animals. To play Gusle you go over the string with “gudalo” (fiddlestick), whose strings are made in the same way.

The valour of the instrument is connected to the long and epic history of Montenegro. It follower the development of the people and it always protected and shared their history and tradition. In times when the written word was seldom used the instrument provided a way to share the heritage of people and to spread knowledge.

How and when the the Gusle came to the Balkans is not clear. Some Byzantine historian from the 6th century wrote about “small lyres” that the old Slavs used, others believe the gusle has an Oriental origin and was brought by the Ottomans in the 10th century. There are notions that in the 13th century Serbian kings would play them for the nobility but the first written records date back to the 15th century.
But it is not so important when they came to the people as the impact they had for the people. All the tails and stories of the Balkans was protected because of the traditional way of the Guslari singing while playing the instrument.

The way of playing is also unique. The person playing Gusle is called “guslar”. He sits in a chair and places Gusle in lap, leaning them and holding then with his legs mildly crossed. His left hand is on the neck of Gusle, and with the right hand he is playing with the fiddlestick over the wire. The Gusle are rarely played alone, without the company of the voice.

Usually, after a shorter instrumental introduction, guslar, with a specific voice and signing, is starting the song. Most often those are long narration folk songs, in decasyllable, which speak about the history of Montenegro, as well as about the people who were participants or witnesses of those events. Sometimes it is a legend, and this area, rich with myths does not lack the songs of that kind.

The Gusle are strongly connected with the people and the country and you couldn’t imagine a true Montenegrin experience without seeing or hearing the Gusle play!